Complete the form below to receive the latest headlines and analysts' recommendations for ICON Public with our free daily email newsletter:

Stephenson National Bank & Trust trimmed its position in shares of ICON Public Limited (NASDAQ:ICLR) by 7.1% during the third quarter, according to its most recent disclosure with the Securities and Exchange Commission. The institutional investor owned 847 shares of the medical research company’s stock after selling 65 shares during the quarter. Stephenson National Bank & Trust’s holdings in ICON Public were worth $162,000 as of its most recent SEC filing.

ICON Public (NASDAQ:ICLR) last announced its earnings results on Wednesday, October 21st. The medical research company reported $1.72 earnings per share (EPS) for the quarter, beating the Thomson Reuters’ consensus estimate of $1.55 by $0.17. ICON Public had a return on equity of 22.21% and a net margin of 12.03%. Research analysts predict that ICON Public Limited will post 6.26 earnings per share for the current fiscal year.

ICON Public Limited Company, a clinical research organization, provides outsourced development services to the pharmaceutical, biotechnology, and medical device industries in Ireland, rest of Europe, the United States, and internationally. It specializes in the strategic development, management, and analysis of programs that support various stages of the clinical development process from compound selection to Phase I-IV clinical studies.

Want to see what other hedge funds are holding ICLR? Visit HoldingsChannel.com to get the latest 13F filings and insider trades for ICON Public Limited (NASDAQ:ICLR). 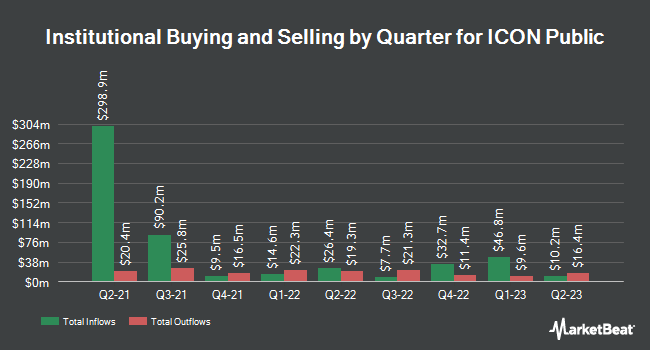