Complete the form below to receive the latest headlines and analysts' recommendations for Vivint Solar with our free daily email newsletter:

JMP Securities lowered shares of Vivint Solar (NYSE:VSLR) from an outperform rating to a market perform rating in a research report sent to investors on Tuesday morning, BenzingaRatingsTable reports. They currently have $15.00 price objective on the stock.

Vivint Solar (NYSE:VSLR) last posted its earnings results on Thursday, May 7th. The company reported ($1.01) EPS for the quarter, missing analysts’ consensus estimates of ($0.68) by ($0.33). The firm had revenue of $91.20 million for the quarter, compared to analyst estimates of $79.72 million. Vivint Solar had a negative return on equity of 165.27% and a negative net margin of 32.03%. The company’s revenue for the quarter was up 32.2% on a year-over-year basis. During the same period in the previous year, the firm posted ($0.22) earnings per share. On average, research analysts expect that Vivint Solar will post -2.86 EPS for the current fiscal year.

Recommended Story: How is a Moving Average Calculated? 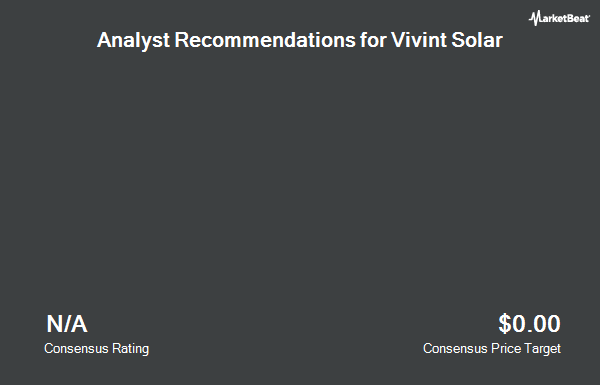