Daily Ratings and News for Bancolombia

Complete the form below to receive the latest headlines and analysts' recommendations for Bancolombia with our free daily email newsletter:

Bancolombia (NYSE:CIB) last announced its earnings results on Thursday, February 20th. The bank reported $0.60 EPS for the quarter, missing analysts’ consensus estimates of $0.87 by ($0.27). The business had revenue of $1.23 billion during the quarter. Bancolombia had a net margin of 14.84% and a return on equity of 11.50%. Equities analysts predict that Bancolombia will post 4.51 EPS for the current fiscal year. 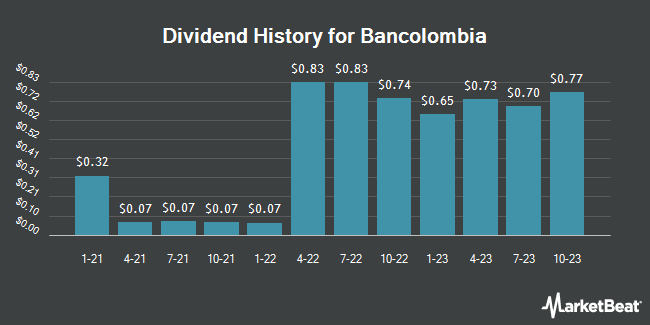