Complete the form below to receive the latest headlines and analysts' recommendations for GENFIT S A/ADR with our free daily email newsletter:

SG Americas Securities LLC acquired a new stake in GENFIT S A/ADR (NASDAQ:GNFT) during the 4th quarter, according to the company in its most recent 13F filing with the Securities & Exchange Commission. The institutional investor acquired 22,816 shares of the company’s stock, valued at approximately $454,000.

Genfit SA, a biopharmaceutical company, develops therapeutic and diagnostic solutions for metabolic, inflammatory, and autoimmune or fibrotic diseases affecting primarily the liver and gastro-enterology. The company's lead products include Elafibranor, which is in pivotal Phase 3 clinical trials for the treatment of nonalcoholic steatohepatitis (NASH), as well as in Phase 2 study in patients with primary biliary cholangitis; and Nitazoxanide that is in Phase 2 proof-of-concept clinical trial for the treatment of NASH-induced significant or severe fibrosis.

Want to see what other hedge funds are holding GNFT? Visit HoldingsChannel.com to get the latest 13F filings and insider trades for GENFIT S A/ADR (NASDAQ:GNFT). 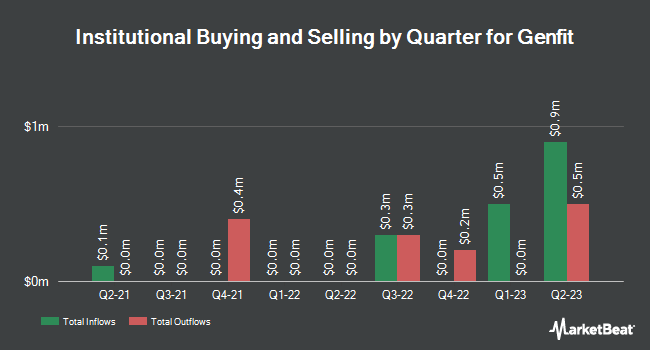